AGC Asahi Glass is back to Milan Design Week with SOUNDSCAPE 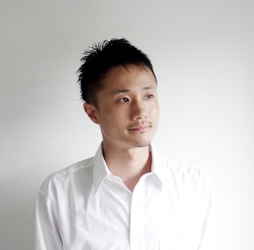 AGC Asahi Glass (AGC; head office: Tokyo; CEO: Takuya Shimamura), a world-leading manufacturer of glass, chemicals and high-tech materials, announced today that they will debut their sound-generating glass to the world during Milan Design Week 2018, which is held from April 17 to 22 in Milan, Italy.

Sound-generating glass, which is currently under development at AGC, is designed with a special intermediary layer that mitigates the inherent resonance characteristics of glass. This makes it possible to produce clear, steady sounds ranging from high to low, throughout the spectrum of audio frequencies. According to Satoshi Takada, General Manager of AGC’s Business Development Division, “Glass is an important and prominent element in many spaces, and we have adapted it to changes in lifestyles by introducing sound-generating functionality. This addition is part of our efforts to design new, unprecedented types of soundscapes using glass. ”

AGC worked with up-and-coming architect Motosuke Mandai as a creative partner to make Milan Design Week 2018’s “soundscape” experience-style glass-space installation. “We designed our soundscape by combining transparent glass suspended gracefully in the air with the invisible element of sound, ” explains Mandai. “I hope visitors to our installation will fully take in the auditory landscape of this space, which is made using the ephemeral, perpetually beautiful, transparent material known as glass. By doing so, they can experience sound in entirely new ways.”

AGC is a world leader in architectural glass, automotive glass and display glass. At Milan Design Week, AGC, together with designers in the fields of architecture, interior design, product design and spatial presentation, has explored and will continue to explore new uses and possibilities for glass and enrich people’s daily lives through advancements and new possibilities in the glass field.

Our spatial design incorporates the invisible element of sound.

We created a space where time seems to stand still, with a large pane of glass fragmented and dispersed in the air. It is permeated by a sense of transient beauty experienced as, in one short moment, the glass is tensed and ultimately liberated from its structural equilibrium.

Only the sounds persist, moving softly as time remains stopped—the sounds of these numerous glass fragments as they recompose themselves into three-dimensional auditory sensations to create a new soundscape. The sound pours down like rainfall, flows through the space like a river, surges forth like waves, forming within the translucent glass-filled space invisible "chambers" of sound.

By overlaying these two elements—transparent glass suspended gracefully in the air, and the sounds which subtly vibrate that invisible air—we seek out new possibilities for the ephemeral, delicate, graceful medium of glass.

His first architectural design after establishing his own practice was Oshika fisherman’s house, a Great East Japan Earthquake restoration project built as a center for restoring the fisheries industry in Ishinomaki, Miyagi Prefecture. His desire was to create a new future for the town together with the residents, who would gather in this building. The result is a space that facilitates communication among and involvement by Ishinomaki residents. The interiors and installations have been designed so that the fixtures have been minimized both in form and presence - as far as practicable - as part of Mandai’s attempt to push the boundaries of what constitutes a building. He creates a space in which those entering the building encounter and experience a unique space filled with well-thought details in which there is a sense of floating.

Mandai has explored both the limits in which a building can, indeed, be a building and the rich and abundant relationship between buildings and people. He does not believe in coming up with designs that are deliberately unconventional but instead seeks out the ordinary within which a “new landscape” can be created. This mindset resonated with AGC Asahi Glass, which led to AGC commissioning an experimental installation depicting a new “Soundscape”.

After completing post-graduate studies at the University of Tokyo’s Graduate School in 2005, Mandai worked at junya.ishigami + associates before establishing Mandai Architects in 2012. He was Design Assistant at Yokohama Graduate School of Architecture (Y-GSA) from 2012 to 2015, and since 2016 also lectures part-time at the University of Tokyo. He has received numerous awards including the DSA Spatial Award Grand Prix and the JCD Design Award’s Gold Prize. http://mndi.net

Oshika fisherman’s house, a center for the restoration of the fisheries industry in Ishinomaki, Miyagi Prefecture, devastated by the Great East Japan Earthquake,

Music of the Earth exhibition at ATELIER MUJI.