I Found a Studio in My House 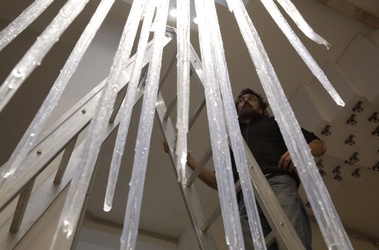 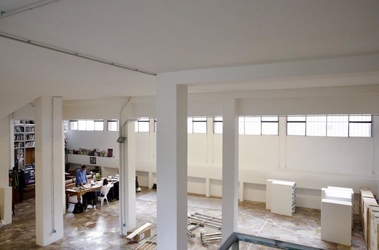 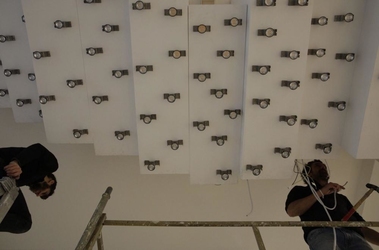 Alessandro Ciffo invades the studio of the artist and friend Roberto Coda Zabetta, with an installation of multiple luminous elements.

In anticipation of the Salone del Mobile 2018, in December, Alessandro Ciffo moved part of his activities to Milan. The starting condition was to share the workspace: Ciffo has developed and built his installation, from January to April, inside the studio of Coda Zabetta.

The designer’s objective is a re-analysis of his production according to the new resistance and transparency potentials of silicone, that make possible the illusion of glass.

With this project Ciffo deepens his research focused on the synthesis between the contemporaneity of the material - silicone -, tradition and the constant desire to innovate and transform.

The potentials of the material are stretched to its maximum and only with little remote control: the programatic approach of the designer is subordinate to the material as the final result derives from the specific features of silicone and its malleability, excluding all efforts of formal obligations.

Sinapsi, the prototype of the lamp which was patented almost twenty years ago and found again in the archives, is rethought and re-edited in light of the new possibilities in working with silicone experimented in the last two years with the project Murano 5.0 presented in May of 2017 at Venice Design during the 57° Art Biennale of Venice.

Alessandro Ciffo, profoundly convinced that silicone is a fundamental element to read the surrounding world and to transfer emotions, takes us through an immersive installation that stimulates reactions and, through the close encounter with the material, leads the visitor through an emotional journey.

The installation, built in collaboration with Marco Filibek, Lighting Technician for Teatro alla Scala, is composed by 300 Sinapsi, which, thanks to a controlled lighting system, fall back into the space animating it. The lamps - contemporary stalactites - activate plays of light thus inviting the viewer to experiment with different levels of perception and of interaction with the environment.