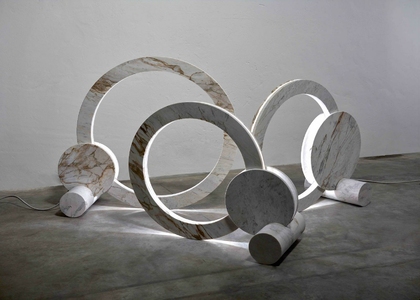 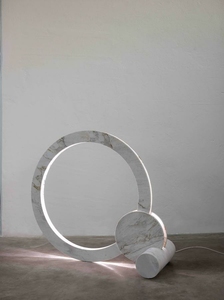 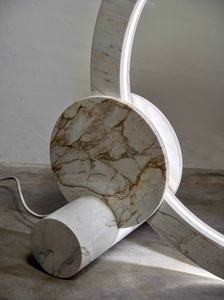 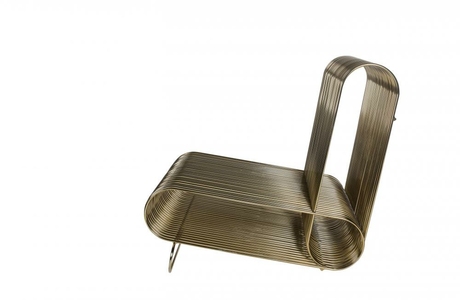 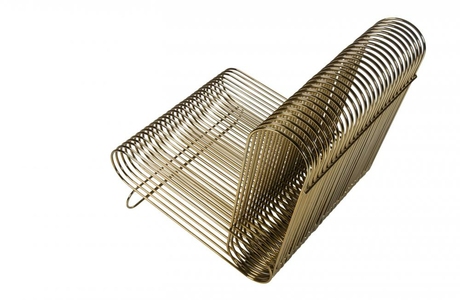 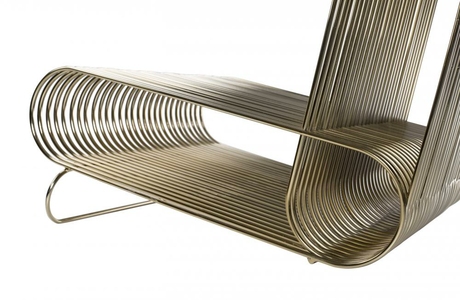 The Brazilian designer will present his creations inspired by kinetic art in two different galleries in via Maroncelli, at the Brera Design District.

Celebrating his sixth consecutive appearance at the FuoriSalone in Milan, Ronald Scliar Sasson will present his creations inspired by kinetic art in two different galleries in via Maroncelli, at the Brera Design District.

The 51-year-old designer, who has accumulated more than 30 awards all over the world, takes part in the "ART DESIGN: NEW TRENDS" exhibition at Galleria Colombari (Via Maroncelli, 10). Featured is his amazing Soto armchair, designed for the Brazilian brand Itens. The Soto armchair is a tribute to the Venezuelan artist Jesus Rafael Soto (1923-2005), who in 1960 had become known as a leader in optical and kinetic art, with works that were remarkable for their illusions of sensory vibrations.

The armchair - 60 x 86 x 62 hcm - produced in carbon steel with a brass finish offers a sense of movement that can be observed through different points of view. "Soto was a great artist and I admire so much this work," says Ronald Sasson. "The shape of the armchair -  intertwined elliptical - suggest a continuous loop of metal that folds upon itself, from the seat to the back. Despite its rigid appearance, it is extremely comfortable".

The other impact piece of Ronald Sasson, which will be exhibited at the Carte Scoperte Art Gallery (Via Maroncelli, 14), is a lighting installation entitled Pol Circle. Inspired by the kinetic works of the Belgian artist Pol Bury (1922-2005), the Brazilian designer created a composition of three lights made of marble and produced by the Marimar company, in Verona. The lights are part of the exhibition project "MARBLE STORIES 2" coordinated with the Brazilian designer Gustavo Martini and the Italian Giorgio Bonaguro.

Each of the three artists uses marble as a material. Additionally, to emphasize the relationship between the two countries, all the raw material will be totally Brazilian. Michelangelo Mármores, an important quarry in the state of Paraná, in the south of Brazil, will provide the marble to the designers and Marimar will deal with the processing. "The focus of this creation comes from the observation of Bury's work and his direct relationship to comfort and well-being in design," explains the Brazilian designer.