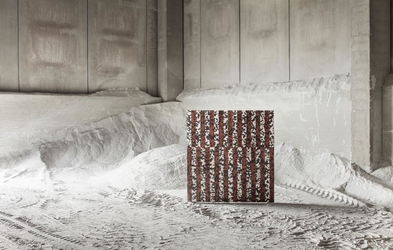 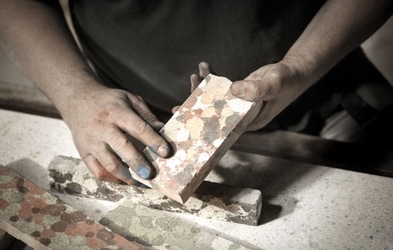 SILIPOL IN ITALIAN ARCHITECTURE HISTORY, FROM THE '50 TO NOWADAYS

The location at 14 Via Maroncelli, Milan, quietly stands between the shiny modernity of Porta Nuova district and Porta Volta historical area. Just because of that precious stillness Mariotti Fulget chose this location for its next exhibition for Fuorisalone 2018: Silipol Studies N.3, with designers Alberto Artesani and Frederik De Wachter, from DWA Design Studio, as the curators.

Silipol Studies N.3is a journey through the symbolic moments of the inventors of Silipol. Their story begins in the mid-20s – when they started the production of highly resistant slabs in cement conglomerates with marble, granite and even hard stone aggregates for civil and industrial constructions –, and keeps developing through the following decades, when their terrazzo tiles used to have the most creative and diverse shapes for very high performance uses and applications.

This topic path further leads up to prestigious works with architect and designers, who wrote the most significant pages of italian architecture. Specifically, for Fuorisalone 2018, the extraordinary collaboration with Gio Ponti relives its importance through the re-edition of some of his floor designs. Thanks to the incredible effort from “Gio Ponti Archives”, visitors are welcomed to see desplayed images, photos, letters, samples, excerpts of magazines and historical documents, all strictly certified, that prove the relevance of the collaboration with one of the masters of italian architecture.

Famous among renown architects and designers, Mariotti Fulget was more widely known for its foresight and for its innovative products, for in the Fifties invented a new product, Silipol. Silipol was and still is a revolutionary material, an almost magical and infinite combination of powders of marble, granite and cement, whose diffusion and widespread use in both industrial and residential sectors earned the company the choice, by Franco Albini, for the walls of the red underground line of Milan.

Mariotti Fulget continues to keep the attention on Silipol, up to collecting precious collaborations such as the one with DWA Design Studio, creators of Silipol Studies– a third edition, this current one already – to tell an almost a century long story.

Silipol Studiesrepresents today an ideal laboratory, which weighs the anchor for sailing to future and surprising uses of the material, by involving contemporary designers.

This is also evidenced by the choice of the New York’s Matter Made, a renown producer of contemporary furniture, to present their Champ Stool, with the seat made of Silipol, around the large table, also in Silipol, at the center of the entrance hall of the exhibition. A recent and very fresh collaboration, which emphasizes the versatility of the product, arousing its endless evolutions.

Silipol Studiesopens up to a world whose creativity appears truly timeless. An example, but also an inspiration that Mariotti Fulget will never cease to feed. A path where the past has never seemed so now and the present futurish.