IN THE IMAGE AND LIKENESS 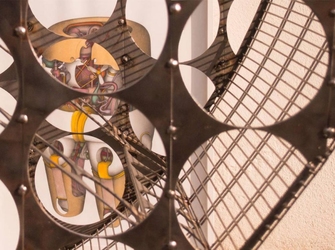 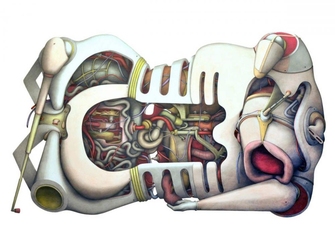 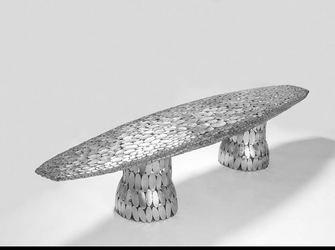 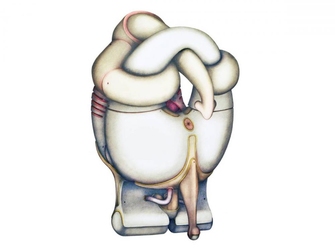 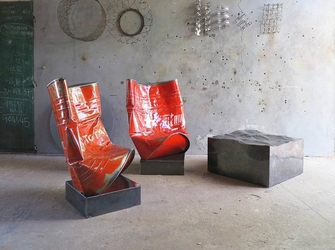 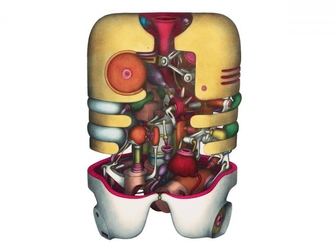 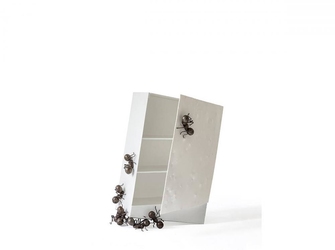 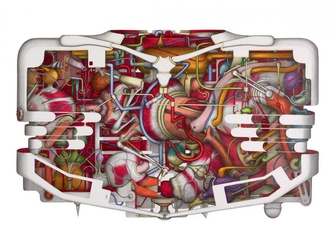 "Creating and destroying." Man shapes reality around him and, increasing his awareness, external to his needs. The forms, invested with utopian needs, inexorably place their grounds in a resemblance of the existing; as objects, functional and ergonomic artifacts, as extensions of the body, which substitute, distract, comfort. Creativity generates prototypes that reconnect to the essence of creation, becoming indispensable objects, as tangible visions of utopia. Forms expands humanity, filling our space, urban and domestic. This endless quest for imaginary perfection, leaves behind a trail of small imperfections, which, subjugated, can give rise to a new human imprint."

To present the exhibition, it becomes necessary to take a step back in order to grasp the essence of these two artists. Despite their different forms of expression, they present a common interest in industrial production.

Roberto Mora has always based his activity on the use of materials that, apparently arrived at the end of their existence, are reworked and shaped. His objects, in spite of the fact that in some cases they resume the formal idea of a past design, they force themselves to creep into the contemporary thanks to their material expressiveness. His works are not focused on the protagonism of the object, which is blurred, but on highlighting its skeleton and its skillfully embroidered texture.

Simone Racheli, in turn an imaginative creator of those forms of daily life, enhances the psychological aspect of it. Through the investigation of the nature of bodies, he places his attention in the close link between man and his artifacts. In this exhibition, the artist proposes a series of works of ingenious minutia that inspire a viewer's state of identification. Technical drawings of celibate machines, enclose within them the reflection of human actions.
Brands