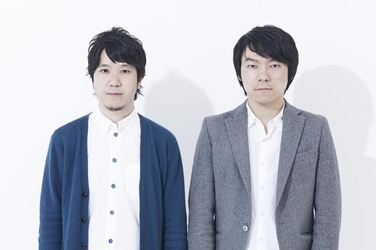 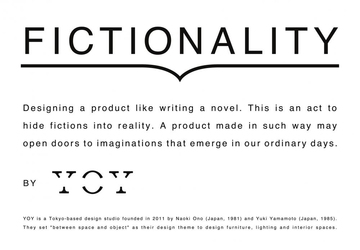 YOY is a Tokyo-based design studio founded in 2011 by Naoki Ono (Japan, 1981) and Yuki Yamamoto (Japan, 1985). “Between space and objects” is their theme in designing furniture, lighting and interior spaces. At this exhibition titled “Fictionality,” they will present five projects, of which three of them will be unveiled for the first time. Making their debut here are two lamps and a clock, a series of stool designed in collaboration with Kvadrat, a Danish textile brand, and a new model of  Cotodama Lyric Speaker, a speaker that displays lyrics to the song its playing.