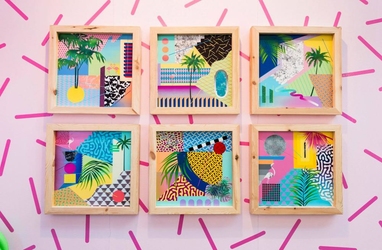 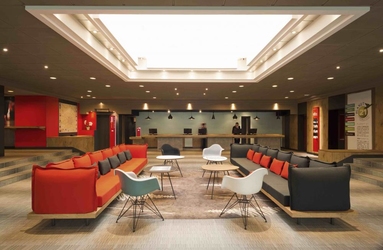 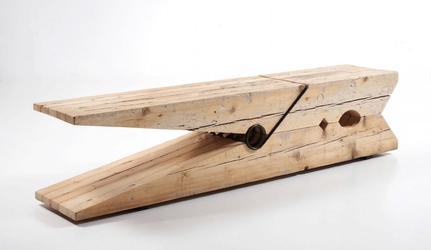 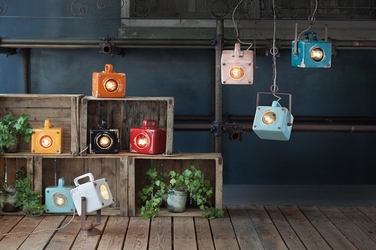 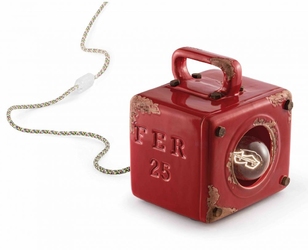 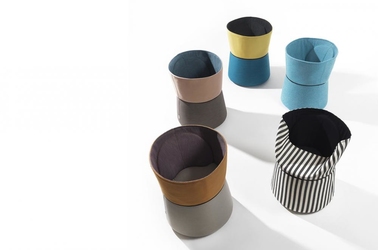 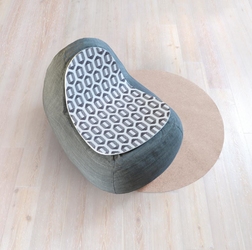 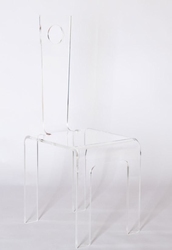 For the first time at Milan Design Week, the ibis chain, the economic brand of the AccorHotels group, invites the Spanish urban artist Antonyo Marest to exhibit at the ibis Milano Centro hotel and involves lighting and furniture companies in the new Rainbow District Milano in Porta Venezia

The ibis chain is making its Milan Design Week debut. The economy brand from the AccorHotels group has asked the Spanish urban artist Antonyo Marest to display his works at the ibis Milano Centro hotel. Contributions from lighting and furniture companies can be seen at the location for the temporary show, which is in Porta Venezia’s new Rainbow District.

The ibis economy hotel chain from the AccorHotels group is taking part in Milan Design Week for the first time with IBISPACE DESIGN at the ibis Milano Centro hotel, which is in the heart of the city and is part of the new Rainbow District in Milan’s Porta Venezia area. Visitors are welcomed by a Tropicália-inspired exhibition by the Spanish urban artist Antonyo Marest, which catches the eye in the windows on Via Lazzaretto and inside the hotel’s entrance courtyard. Art and design lovers will flock to the location to see the contributions from lighting and furniture companies that have helped to give the ibis Milano Centro a unique flavour for a week.

Some of the most common features in Antonyo Marest’s work are a pseudo-triangular shape depicting a balancing bucket (a symbol of personal growth and positivism that remains unshakeable against all odds) and references to the Memphis Group, whose architectural and industrial designs were hugely influential in the 1980s. His works blend “Memphis” elements with extravagant shapes and flamboyant, clashing colours, in a nod to colliding and concurring styles, movements and trends in art. Therefore, they are the perfect match for the spirit of the new district where they will be appearing in Milan for the first time.

As visitors move from the hotel lounge to the reception and from the garden to the bar, the items that they will find on display will include the FERROLUCE handmade lights that are temporarily replacing all of those in the original layout and adding their own vintage, underground style to the surroundings. The LINEAUNO Bistro & Bar is inspired by the distinctive 1930s trams whose lines pass near the hotel, so it is the ideal place for displaying the Friulian company’s ceramic Retro lights featuring optical illusions. The benches are by the sustainable Catalan company COOLWOOD, which makes Ecolabel furniture using recycled wood from reclaimed timber. It is also involved in reforestation schemes in which the trees planted will not be used for commercial purposes. Designer Manuela Bucci is behind the Papillon armchair conceived for PIUMA and the Île Flottante, which picked up a Red Dot Award for its Design Concept in 2017. TABADA Design, in collaboration with STARTARCH studio, proposes in the hall a new furnishing solution for the hospitality industry focused on the material potential of Plexiglas, creating a customizable space where functionality and creativity meet.

The pieces chosen for IBISPACE DESIGN marvellously complement the contemporary ibis style, with natural materials such as wood and warm, enveloping colours that help to create an intimate, welcoming atmosphere. The furnishings range from rocking chairs to tables with playing surfaces on the top and from comfortable, relaxing sofas to ceiling decorations. They have all been carefully selected so as to ensure that guests instantly feel at ease. This reflects the company’s efforts to cater to customer demand by striving to offer increasingly modern, design-oriented establishments that boast cutting-edge facilities.

The ibis Milano Centro hotel encapsulates the values of simplicity, modernity and wellbeing for which all ibis hotels are renowned, including the nine Italian establishments in cities such as Como, Florence, Milan, Rome and Verona.

Born in the Mediterranean region in 1987 and based in Madrid, Antonyo Marest has travelled all over the world and soaked up the graphic art cultures of everywhere from America to Central Europe. Among his creations are a number of exhibitions that take his talent outside museums and onto the streets so that his art can be shared with the public in the form of paintings, sculptures and photographs. In addition to street art and graffiti, he has worked on noteworthy industrial and interior design projects, as well as textiles, clothing, graphic design and customization, album covers, posters, merchandising and marketing campaigns. He is currently developing projects with a collective named NOVO111.

ibis, AccorHotels’ economy brand, promises modernity, comfort and service at the best price. The brand innovates constantly to offer its guests even more modernity, comfort and availability.  It created revolutionary bedding concept Sweet BedTM by ibis; welcoming, designer common areas and the modern food and beverage offer, ibis kitchen. It also cultivates the spirit of service that drives each of its employees. Ibis is recognized across the world for its quality, reliability and commitment to the environment.  It was created in 1974 and is now the European leader in economy hotels and the fourth hotel chain in its category worldwide with over 1,100 hotels and 145,000 rooms in 67 countries. AccorHotels is a world-leading travel & lifestyle group and digital innovator offering unique experiences in more than 4,300 hotels, resorts and residences, as well as in over 10,000 of the finest private homes around the globe.