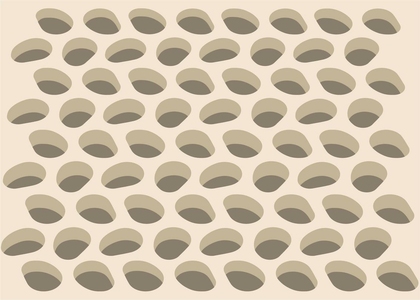 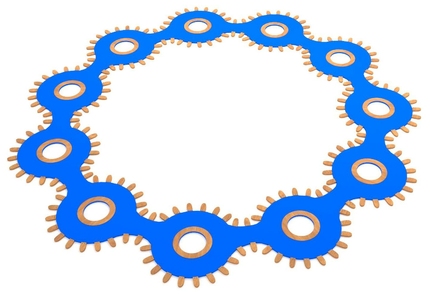 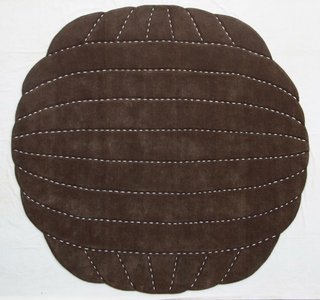 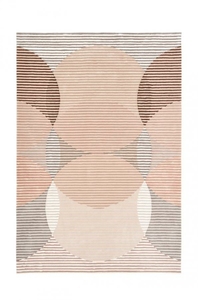 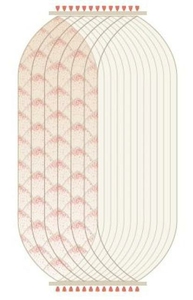 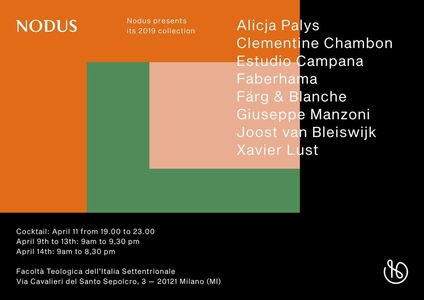 The new design rugs - handmade by expert weavers in manufacturing centres with ethical certification - of the famous brand NODUS, which celebrates 10 years with its 11th collection.

At its 10th anniversary, NODUS presents in Brera a collection, the eleventh, where the creativity applied to the world of rugs has no boundaries, thanks to the ability of the best master weavers operating in qualified manufactures with ethical certification, which guarantee absolute quality for each carpet, but also the illuminated design management by Andrea Galimberti.

The carnet of NODUS collaborations is getting richer, even geographically speaking.

The Polish designer Alicja Pałis, the French Clémentine Chambon, the Franco-Swedish couple Färg & Blanche and the Belgian designer Xavier Lust sign the textile projects of 2019, along with names that have already contributed to the success of NODUS: the Campana brothers, Faberhama, Giuseppe Manzoni and Joost van Bleiswijk.

In the splendid Cloister Maggiore of San Simpliciano, which well represents the secret richnesses of Milan (not by chance the title given to the event in the Brera Design District circuit is "The Secret Place of Design" ), in the silence, broken only by the screech of the swallows, it is a pleasure for the eyes to observe the thickness and richness of the rugs of the brand now known internationally as a synonym of textile design excellence.