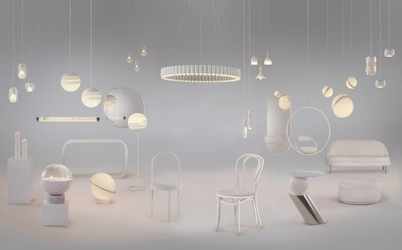 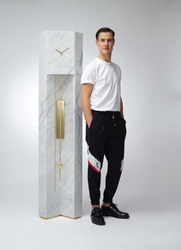 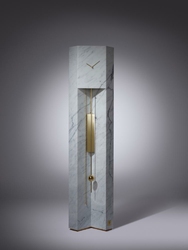 Critically acclaimed and award-winning British furniture and lighting designer Lee Broom will unveil his landmark tenth anniversary collection at this year’s Salone Del Mobile from 4th -9th April 2017. Entitled ‘TIME MACHINE’, the 10-year show is a unique and immersive installation set inside a derelict vault in the famous and historic Milano Centrale train station. The vaults, which have been unused for over thirty years and previously never been open to the public before, form the brand new Ventura Centrale Design District in the heart of Milan launching during Salone del Mobile 2017.

The installation will feature an edit of furniture, lighting and accessories from Lee Broom’s ten-year career including Bright On Bistro (2008), Carpetry Console (2009), Crystal Bulb (2012) and Drunken Side Table (2015), all re-imagined in a completely white colour palette which gives the products a uniformity and purity. Each of the re-invented designs highlights the evolution of Broom’s signature and unique mix of classicism, modernity and conceptual design in what will be a highly original body of work.

The collection will be presented on a dramatic and modernist interpretation of a fairground carousel placed in the centre of the Milano Centrale station vault. The carousel will rotate to represent the evolving lifecycle the brand has journeyed throughout the past decade. The derelict vault, illuminated solely by the light of the carousel will be left untouched and in stark contrast to the purity and playful serenity of the installation. Exceeding over 340 sq meters, the exhibition will be the largest show to date and similarly to Lee Broom’s presentations over the last few years it will seamlessly combine design, drama, movement and illumination in a surreal and unexpected experience offering a unique insight into Lee Broom’s ten-year history.

Keeping with the essence of time and in addition to the re-imagined ten-year collection, a new exclusive piece will be created and launched at the show in the form of a statuesque marble grandfather clock. Hand-crafted from Carrara marble, the monolithic structure which will take centre stage in the exhibition features a traditional engineered clock mechanism with solid brass pendulum, weight and hands.

To mark the ten-year anniversary, the grandfather clock and the re-imagined designs will all be limited edition with only ten of each being produced, Lee Broom’s first limited edition collection since his debut in 2007.