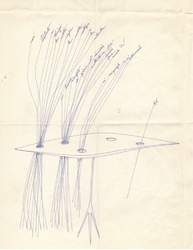 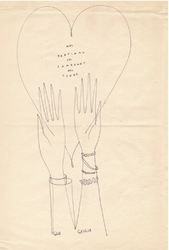 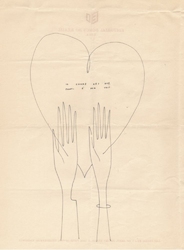 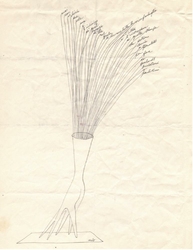 A collection of illustrated letters by Gio Ponti, addressed to Roberto Sambonet, from the CASVA archives in Milan.

Giò Ponti, architect, artist, designer, has been one of the figures of reference for the Nine Hundred Century Architectural Culture; extraordinary intellectual, historical manager of the magazines "Domus" and "Style", he has fathomed the world of the Arts with voracious curiosity, often moving the limits of it, weaving knowledges and competences.

Ponti, tireless in his work, has always worked with great generosity, weaving relationships with some among the greatest personalities of the world of the Art and the Architecture; he, in many cases almost daily cultivated these friendships with messages and drawn letters, able to transmit in the synthetic, continuous thin stroke of a pencil, the affection of a simple thought.

The exhibition, organized in the House Museum Boschi Di Stefano of Milan, in the room devoted to the works of Lucio Fontana, introduces a harvest of drawn letters addressed by Giò Ponti to Roberto Sambonet and coming from the fund Roberto Sambonet deposited at the CASVA - Center of High Studies on the Visual Arts of Milan Administration.

The unpublished drawings coming from the funds of the CASVA archives very often contribute in this way to define a new meaningful wedge for the artistic and architectural History of the second Nine Hundred Century, still to a large extent to be written.