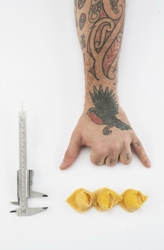 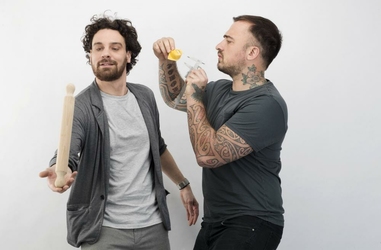 It is a new integrated system of product, packaging and communication addressed to the production, sale and use of fresh pasta. The project is called Origami Italiani and is made with six hands with designer Philip Protasoni and Circus, company developing integrated communication projects.

Origami Italiani part of the ancient 'traditional handmade' to create a new economic and cultural vision that involves both producers and consumers. All summarized in an innovative design system that reads the gestures of "making the dough" in bringing the world of packaging: a stack of sheets of paper which become, with a simple gesture, an elegant and contemporary packaging designed for sale, the and the transport of fresh pasta consumption.

So Origami Italiani introduces a change of vision within the artisanal pasta factories, in shops, in homes, in consumer habits, offering a renewed prospect of sale and use of a product typically Italian and traditional as fresh pasta.

The workshops are open to the public, with the possibility of booking on site: eight people in turn, lasted about 15 minutes. Each workshop is supervised by Chef Rubio and Philip Protasoni and involves the construction of a pack of Origami Italiani to take with you to the end of processing. The workshops are free and are held in the morning and afternoon from Tuesday 'to Sunday, the show is always available. On Saturdays and Sundays you can also sample the author's Pasta products.