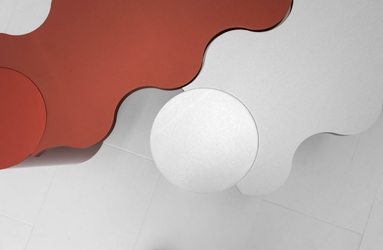 Hella is composed by a series of sculptural seatings entirely made of metal and characterized by geometric and wave shapes, each featuring a selection of color.

This prototypes represent an extension of the designer’s investigation into ways to experiment new processes and materials by creating an interaction between object and sculpture-furniture.

Hella is composed by three metallic units; the wave seating is carved from a single block of aluminum through Water jet cutting while it features legs made from the section of aluminium tubular with a dismantled top.