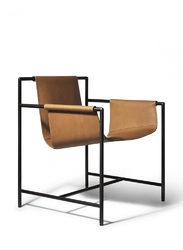 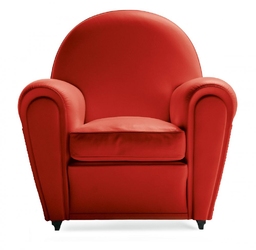 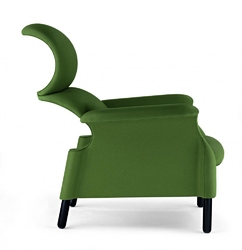 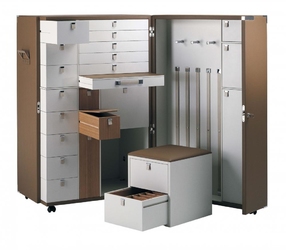 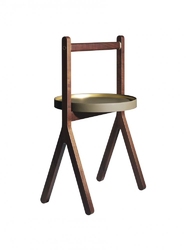 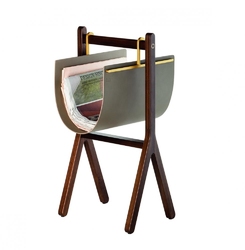 Superloft is an imaginary yet real home, curated by Giulio Cappellini, with the participation of the most interesting protagonists of the Made in Italy design and the masters craftsmen. An International home that could be placed in Paris as well as in New York in Berlin or Shanghai. A house that combines side-by- side iconic pieces by the most important furniture brands, in a synergy between contemporaneity and vision.

Poltrona Frau on show at Superloft:

Vanity Fair is a replica of the celebrated 904 model that was part of Poltrona Frau’s catalogue in 1930 and became an archetype after which modern armchairs have been patterned ever since. It is known the world over for its typical rounded shape and the rows of leather-covered tacks that add the finishing touch to the seatback and arms. The supporting structure is made of solid seasoned beech wood. The padding is made of hand-shaped rubberised and vegetable horsehair, the seat cushion is filled with goose down. The springing of the seat, back and arms is by means of biconical steel springs, tied manually and fastened to jute belts. The upholstery is in Pelle Frau® leather.

Oceano evokes the spirit of the cruises of once upon a time, aboard the great transatlantic ships. It is the bedroom trunk that inside houses a rich mosaic of drawers in all sizes, where you can store objects, clothing or accessories. Hidden away inside the trunk there is also a folding mini-desk with a removable padded ottoman. The lightly padded upholstery in Pelle Frau® leather from the Color System covers the entire exterior surface of the trunk, the ottoman and the writing table top.

The collection, by Neri & Hu, is composed by a series of objects that are hybrid in their functions and materials. Refined in manufacture and shape, they welcome with the indistinguishable elegance of Poltrona Frau. All the items have been designed to complete the home with a discrete, comfortable touch. The collection is named after the Chinese ideogram “ren”, that means “person, human being” and that characterizes the sides of each element of the series. Since the origins of language, this sign has been etched on oracular Chinese bones: two simple traits in a pictographic representation of human being.

Designed in 1961 by Castiglioni brothers, the Sanluca armchair turns the traditional constructive logic upside-down as it is designed with in mind the idea of emptying out the traditional padding to lay bare the essential curves that are “strictly necessary” to ensure optimal support. The result is an ergonomic profile which is extremely comfortable and with a strong formal impact, nowadays a symbol of the Italian history and design. The structure is made of series of various components made of birch plywood and solid beech and poplar wood.

East and West. The Ming’s Heart project goes straight to the core of two worlds, two visions, two philosophies of living. It is the winner of the prestigious Taiwan Design Contest promoted by Poltrona Frau and Euchain Ltd.. For this piece, by Shi-Chieh Lu, a Taiwan based architect and designer, the reference model is the historic Ming chair. The purity of its lines, the perfect expression of Chinese and Oriental spirituality, reverberates in the no-frills geometric and cubic formality of the Western vision. Armrests, seat and back become the lightest of fluid, graphic shapes. The profile is made from tubular steel. Weight and gravity are no longer determined by the lower part of the structure, but by the top from which the seat hangs. The shell is a continuous surface, a sort of triangle made from thin steel sheet, completely covered in Saddle leather. Its ends are fixed to the tubes with visible screws. The result is a chair that floats in space, almost like a futuristic swing or a conceptual sculpture.