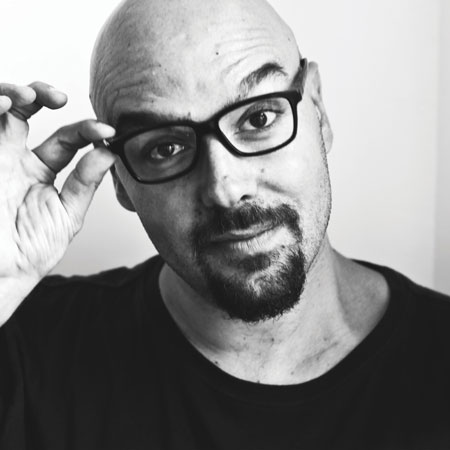 Luca Nichetto was born in 1976 in Venice. Over the course of his career, Nichetto has served as art director for many international design brands and he has developed an in-depth knowledge of the design industry. He has lectured and led workshops at various universities. Luca’s work has been exhibited worldwide and has been the subject of retrospectives in cities such as Venice, London, Paris and Stockholm. He has been awarded numerous international design awards for his design projects, which range across products, furniture and accessories, as well as incorporating architecture and exhibition design.

The version of Luca Nichetto about Fuorisalone

I like to recall the time when I started coming to Milan as a student in 1995 -1996. Back then the Fuorisalone just consisted in a few events: the Krizia Space with Ron Arad and Ingo Maurer, Driade and Sawaya & Moroni in via Manzoni. The Catellani & Smith event was always the coolest one. There were four or five events you would never miss, as they were even more attractive and inspiring than the trade fair itself.

In the following years there was a real boom, also due to the relocation of the Salone del Mobile in the new Rho-Pero Exposition. This forced people to move to the other side of the city. We started living Milan in a new way, which the Fuorisalone significantly contributed to.

Fuorisalone has been, and still is what makes Milan more special than any other Design Week in the world. If you talk with taxi drivers, barmen and ordinary people, everybody in Milan knows what the Design Week is because the whole city takes part in it. This doesn’t happen in Paris or London: if you go to the city centre nobody knows what is going on in the exposition.

Inside or Outside the Fuori Salone?
_

What is an exposition today? Traditional fairs are no longer just places to sell, they are rather a networking operation, and networking also works outside the salone. However, if you want it to be successful you must work hard during the previous months, given the huge number of events offered by the Fuorisalone.

Fuorisalone allows you to do something much more interesting and daring. But if you want to achieve good results, if you don’t want it to be just a simple performance or a branding operation you must work hard on PR to attract the right people and make them feel almost obliged to visit your stand.

I am not a big fan of expositions, also considering the recent evolution of the design world. A few days ago I heard that IKEA is planning to open new concept stores in the centre of some cities by 2020, small spaces dedicated to textiles, ceramics and so on. Huge and despecialised fairs go against the need for exclusivity permeating the contemporary design scenario.

During the Design Week Joe Velluto and I used to sleep at Giulio Iacchetti’s place, that in those days became a sort of hostel for penniless designers. In 2008 Fabio Novembre had been commissioned by Meritalia with the creation of a new collection dedicated to Italianness. Fabio organised the best party of the year, with a super kitsch open bar and even Brazilian dancers. As a result, at 4 a.m. we were all drunk. I can’t remember anything about that night, I just remember waking up the day after at Giulio’s.

I got really impressed by a compressed-wood stool made by a group of designers from Taiwan exposing at ex Ansaldo. I liked the way they had used the material and I wanted it as a sample. I wanted to use it to make a lamp for Foscarini: I knew it was possible, but I had no suppliers and it was not easy to find. That stool was just perfect, so I took it.

Now it’s at my mother’s.

…lasted three months. I wish the value of that week was spread over a longer period of time, as it is for the Venice Biennale. There would be the possibility to see it all, which is impossible in just one week, and that would also give Milan the opportunity to be lively and interesting not only during that week. If I think of such a huge intellectual and economic work, concentrated in one week, I think 95% of it is not really exploited, as it would deserve. And from an environment and sustainability point of view, it would certainly be less polluting.

Never present a project during that week, because there’s nobody there looking for new projects. It seems a good opportunity at first, but in those days companies are too busy promoting what they have already done. I learnt it the hard way.