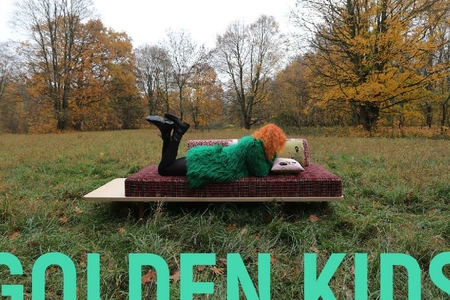 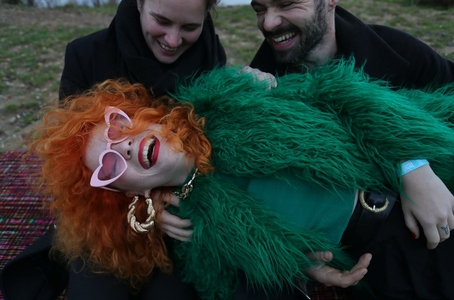 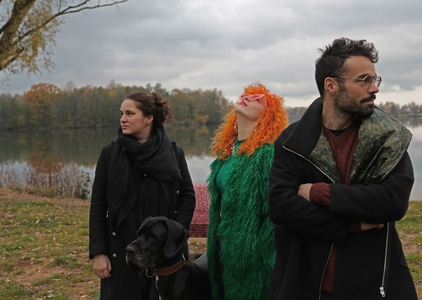 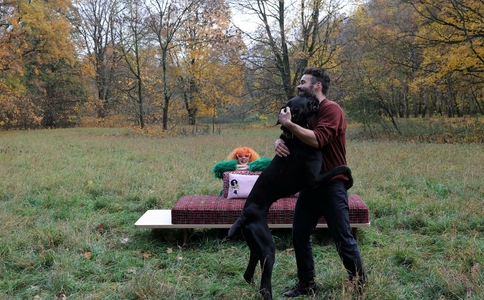 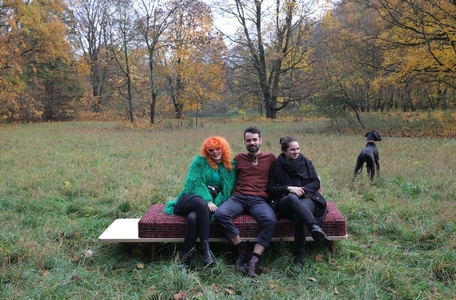 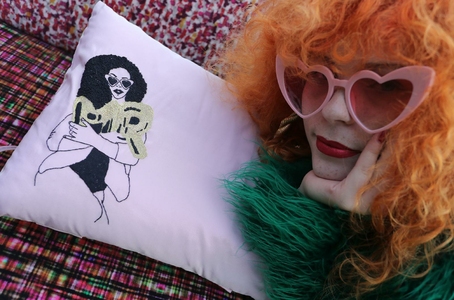 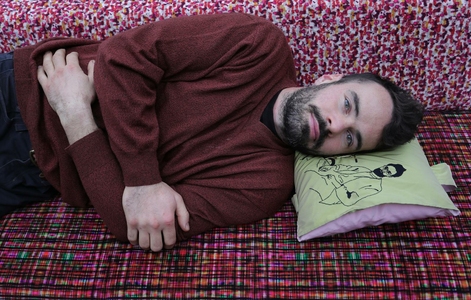 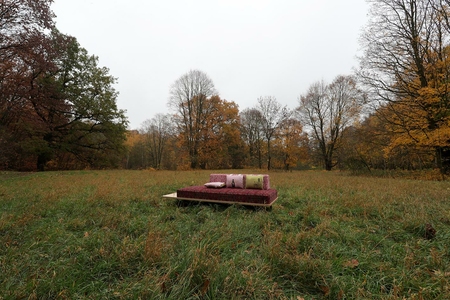 MILAN DESIGN WEEK is featuring, i.a., Czech designer Helena Dařbujánová and her Golden Kids Couch, on show at the city's HIGH PERSPECTIVE gallery . Helena's own golden kids will also attend – all of them: through the paintings by Julia, through scultures by Matyáš, and through songs performed by Žofie.

Couch Golden Kids is about mother and kids. It is a project about our kids who are precious like gold, sometimes too much so..., yet GOLD anyway.

Helena was delighted to have worked with many fantastic people. Lada Brůnová, the one who „Escaped from Comic Strips“, prepared the illustrations of her children using selected photographs. Studio „Zašívárna“ („sewer's hideaway“) with their embroideries was a true inspiration, but even more so was cooperation with the grannies from all over the country who made them. For the embroidering grannies, it is not only about extra income, but it is also their room for self-realization, a source of joy, confidence of being useful, confidence in their abilities. One of the grannies - Marie Šmerdová from Hlučín near Opava, used Lada's illustrations to make brilliant embroideries, in black with golden details... Karin Zadrick made a collection of wonderful photos for this project. In the realm of Helena's childhood, that of her parents, grandparents and, later, of her children during holidays – at Sadská, on a meadow amid century-old oak trees…

Few women would mind having at home a couch with their kids on it. And if you would like to, you can make embroideries yourself with the help of embroidering grannies

Helena Dařbujánová is an architect who entered a design in 2009. In 2012, she launched her own brand  “Helena Dařbujánová”. In 2014, she opened her own ﬁrst showroom in Prague. Her record of a designer includes six national awards EDIDA (Elle Decor International Design Awards), Furniture item of 2010 award, A nomination for the Discovery of the Year Award at Czech Grand Design 2010. All furniture designed by Helena is manufactured by the elite of Czech artisans - craftsmen from different regions of the Czech Republic: upholsterers, cabinet makers, tailors, metalworkers, glassblowers, jewellers… Her motto is: "Return of poetry into life through design"

Golden Kids: Žofie Dařbujánová is the frontwoman glamtronic in the Mydy Rabycad band; in 2018 she launched her own solo album under her stage name Zofie Dares.   Julia Chochola is a notable Czech tattooist and painter, known mainly for her large paintings in gold and black. Matyáš Chochola is a sculptor, winner of the 2016 Jindřich Chalupecký Award (for the best young Czech artists under 35)

Special thanks for the support: Postřižiny, Baloun, Designers Guild a Casamance