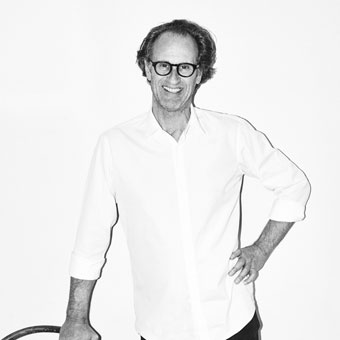 Matteo Thun is an architect and designer. After meeting Ettore Sottsass he became co-founder of the 'Memphis' group and opened his own studio in Milan in 1984. An encounter with Luca Colombo and Antonio Rodriguez led to the founding of Matteo Thun & Partners in 2001. These different creative entities develop projects in the fields of architecture, interior design and product design. The companies employ around sixty professionals, including architects, designers and graphic designers.

Milano gets full of people, creativity, life, enthusiasm, and initiative. In Milan we are a big family and during Fuorisalone  the family gets larger and even more international.

The version of Matteo Thun about Fuorisalone

The Fuorisalone for us is like the Olympic Games for a marathon runner: once you’ve walked one, you start preparing the training plan for the next kilometre (from the previous Fuorisalone to the following one). I wish the fervour of the Fuorisalone lasted 12 months.

Milano gets full of people, creativity, life, enthusiasm, and initiative. In Milan we are a big family sharing sensations and experiences, during the Fuorisalone the family gets larger and even more international.

The awareness that a showroom is much more effective than any exhibition stand – the atmosphere of the Fuorisalone is something incomparable.

The midnight dinners with colleagues and friends to brush up the main events of the day and spend the night together after hours full of energy, thousands of feelings and new acquaintances.

What are the unmissable areas of the Fuorisalone?
_

Certainly Brera, which by the way is not only the most “effervescent” area of the Fuorisalone, but also “my home”, where I’ve been living for thirty years.

During the design week I feed myself with sensations, ideas and enthusiasm… A place I particularly love to have lunch at is the Latteria di San Marco just in the heart of Brera, an authentic and typically Milanese location, a symbol of the simplicity of Italian cuisine.