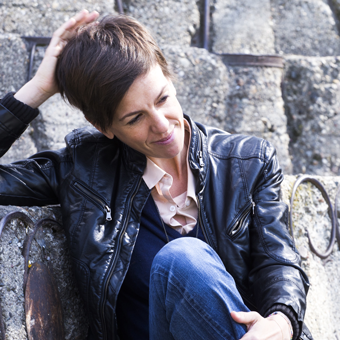 Chiara Alessi is a journalist and curator in the field of design. She writes for many of the major magazines in this area, such as “Domus”, “Interni” and “Klat”. For several years she has been studying in particular the new italian design culture and its involvements. Over this topic she uses to give lectures in some of the most important Schools and Universities. Recently she has published “After the ’00s. The New Italian Design” (Editori Laterza, 2014). Again for Laterza she is releasing “Design without designers” (2016),an essay and survay over the “other” jobs in the italian design. The independent video documentary “Travelling commonplaces and special trades” is dedicated to it. She lives and works in Milan. If not, in Cape Town.

Milan gets to the appointment in great shape, but despite that she is the perfect lady of the house.

The version of Chiara Alessi about Fuorisalone

The Fuorisalone in Milano is like Christmas in Lapland. That sense of expectation, the making of, a general good mood that hides the neurosis permeating everything, the high tension, the traffic and even a generous, new cooperation between colleagues who usually fight against each other for the rest of the year. And obviously, post-coital depression.

We complain about chaos, about queues at the horseshoe-shaped salami stand, about the general peppery moods, but the Fuorisalone is a great opportunity for Milan, more than the fashion week and I think even more than Rho, that is nonetheless the old aunt offering the Fuorisalone party! It’s the time of the year when the city gives the best of itself under many perspectives. Milan gets to the appointment in great shape, but despite that she is the perfect lady of the house.

What is your favourite corner during the Design Week?
_

My favourite corner at the Salone are my friends’ houses or the taxis shared with others where everyone usually gives their feedback on the design week, some getting on and some getting off, winners and total losers...there is a house in particular where you can take part in the so called “dinner of sadness”, the last Sunday evening of the Salone. I can’t tell the name of the host designer, but I think after bar Basso this is the best place for a no-filter rank of the events of the design week.

My friendship with Domitilla Dardi. She probably doesn’t remember that, but the first time we met was at Rossana Orlandi’s in 2012, when I was expecting my first baby girl and she assisted me with a piece of pie. It took me 10 seconds and 10 euros of cake to understand that she would become one of the persons I like the most to share my thoughts with as well as my trips – whether real or virtual – into the Milanese design.

I found more business cards in the corridors of the Rho fair than stones in the tale of Little Thumb. One of these turned out to be a very lucky one.