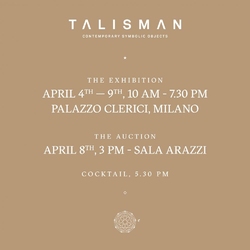 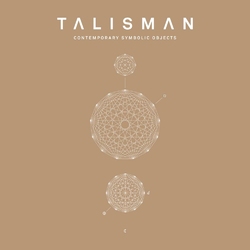 To celebrate its tenth anniversary, IN Residence – the cultural project invented and curated by Barbara Brondi & Marco Rainò to encourage and contribute to the contemporary design debate – organizes the group exhibition “TALISMAN - Contemporary Symbolic Objects.”

Installed in the splendid setting of Palazzo Clerici, the show includes 46 talismans created for the occasion by 46 international designers, who have all been actively involved in the IN Residence experience during the course of its ten editions.

Charged with the task of spreading positive portents and bringing good luck, the Talisman – in the guise of a small object activated by a specific liturgical formula – is a concentrate of mythology and folk beliefs, a precious and enigmatic artifact that across the ages has interpreted and represented distinct visions of a secular and/or magical rituality that thrives on the ordinary and the extraordinary.

Seen as the alter ego of the desire of its creator, the Talisman weds its essence to the identity of its owner, playing the role of avatar of a precise, presumed power that is projected into the world.

All the pieces in the exhibition are unique works created for the occasion, and will be auctioned on Saturday 8 April at 15.00 in the Salone degli Arazzi of Palazzo Clerici.