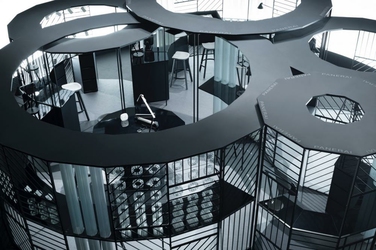 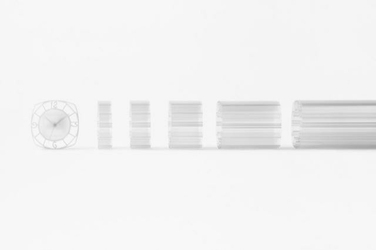 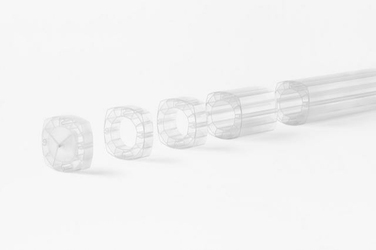 Nendo, the Japanese architecture studio, stages the project inspired by the concept of time and the interaction between time and design. An opportunity to see live the creation of watches inspired by the iconic models of the brand.

AFTER THE WORLD PREMIERE AT TOKYO DESIGN WEEK, THE INSTALLATION-EVENT “SLICE OF TIME ”, DESIGNED BY NENDO FOR OFFICINE PANERAI, IS COMING TO MILAN FOR THE SALONE DEL MOBILE. THIS WORK OF JAPANESE ARCHITECTURE IS BEING DISPLAYED FROM 4 TO 9 APRIL AT THE PALA ZZO VISCONTI, THE PROJECT BEING INSPIRED BY THE CONCEPT OF TIME AND THE INTERACTION BETWEEN TIME AND DESIGN.

Milan, 4 April 2017 – Officine Panerai is celebrating excellence in design, which has always been a feature of its watches, with the Milan presentation of the installation- event “Slice of Time”, in the wonderful setting of the Palazzo Visconti from 4 to 9 April during the Salone del Mobile. This installation is a metaphor for the passage of time, which is represented in material form through the interpretation of the celebrated Japanese designer Oki Sato and his art studio nendo. The itinerary begins with the creation of an empty, transparent shell in the form of a watch, reflecting the typical stylistic elements of Officine Panerai: the numerals and the characteristic case shape. Through a process of extrusion, the body has been stretched to a length 16 metres, and it represents the starting point for the creation of works which are made by slicing up the tubular element. Day by day, timepieces of various thicknesses are created before the eyes of visitors, calibrated according to the timing of the creation of each work.

The work is carried out in a circular workspace, where the production process moves through the polishing and sand blasting stages to the assembly. Inside the workshop, the individual steps of the operation take place in spaces which are also circular, interacting with each other like the mechanism of a clock. It is a ritual, the length of which is determined by the time taken to create each piece: ten minutes. As each hour passes, the long extrusion becomes shorter until the end of the installation, enabling the sense of the passing days to be visually perceived, as it is with an hourglass.

By transforming “time” into “length”, nendo offers an original view of the concept of time: the cyclical nature of its periods, but also its relativity, expressed by the different thicknesses of the timepieces. These abstractions take on forms and tactile qualities, culminating in the actual realisation of unique pieces for customers.

In the world of high quality watchmaking, Panerai watches stand out with the dramatic power of theri design. Conceived in the 1930s and 1940s for military use underwater, they are very solid and tough, with every detail perfectly worked out to perform the function for which it was conceived. The panerai watch has sober, clean lines which have earned it status as an icon of international high quality watchmaking. To celebrate this excellence, for many years Panerai has been sponsoring projects aimed at supporting the culture of design. This is how many international collaborations originated: the partnership with the Triennale Design Museum in Milan for the “O’Clock” exhibitions, the retail concept of Panerai boutiques created by Patricia Urquiola, and the sponsorship of events such as Design Miami (USA) and the London Design Festival (UK). It is a commitment which is growing year by year, confirming Panerai’s position as a player in the international world of top designs.

nendo is a design studio that was estabilished in 2002. Chief Designer and founder of nendo, Oki Sato, was born in 1977 in Toronto, Canada. He received a M.Arch. degree from Waseda University, Tokyo in 2002. His activities in the design world have not been limited to any one area but are rather multifarious, spanning from graphic and product design to the design forniture, installations, windows, and interiors, and even reaches into the realm of architecture.

He was chosen by Newsweek magazine as one of “The 100 Most Respected Japanese” and has won many “Designer of the Year” and other major awards including from Wallpaper magazine and ELLE DÉCOR magazine. nendo designs can be found in the Museum of Modern Art in New York, as well as the Musée des Arts décoratifs and Centre Pompidou in Paris.